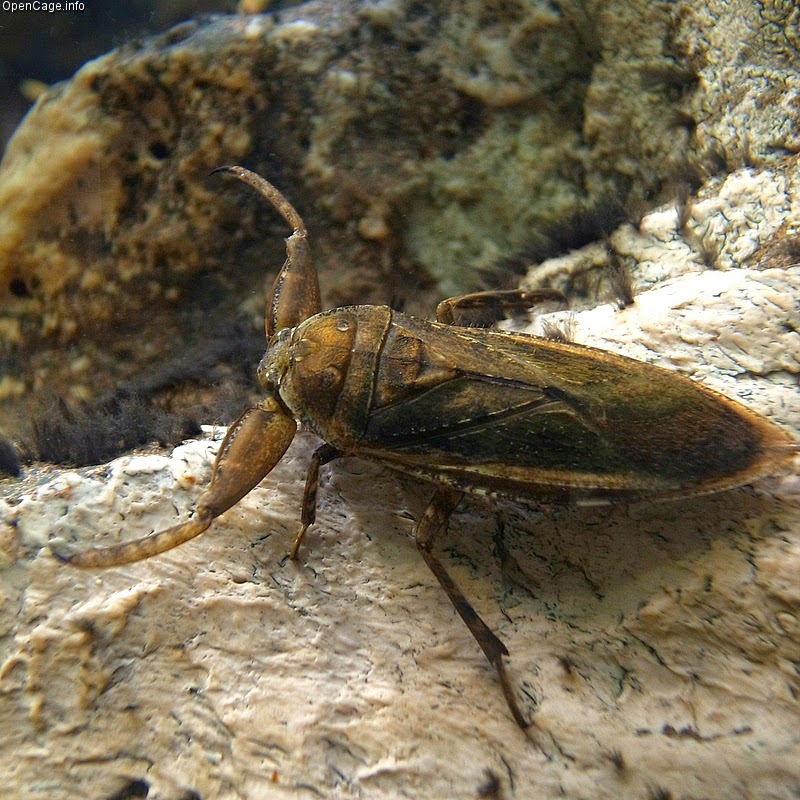 Yesterday I wrote about a dive beetle, a ferocious predator. Today I thought I just continue with large freshwater insects that prey on small fish, frogs, and even snakes. The giant water bug (Lethocerus americanus) can get up to 6 cm long which is fairly large for an insect.  It belongs to the large group of true bugs which means it is not a beetle. Actually it is more related to stinkbugs, leafhoppers and cicadas.

The adult bug swims with its hind legs. The front legs are used for capturing and latching onto its prey, which it then injects with digestive toxins through a stinger much like that of a mosquito. The giant water bug then let its prey pre-digest for 10–15 minutes before eating.


This bug is also known as "toe biter" as it can deliver a painful bite if handled or disturbed.

And here a video I found on YouTube that shows that these bugs indeed attack animals that are much larger then they are. The beginning is a bit blurry but it gets better. I would recommend switching off the sound though.